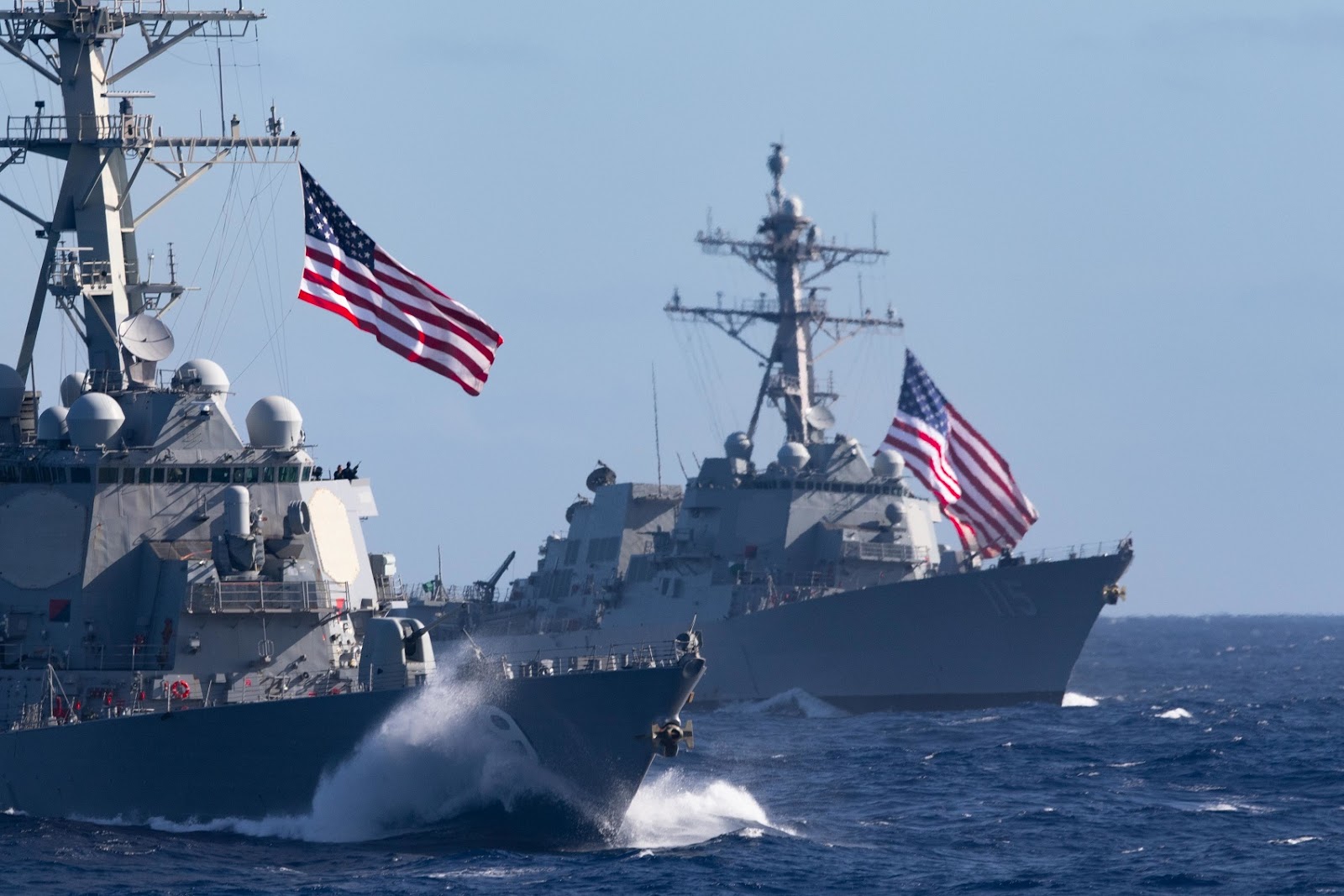 On January 24th , a total of 13 warplanes entered the Taiwanese ADIZ and prompted the Taiwanese Air Force to scramble fighters and deploy air-missile defence systems. Nevertheless, be it coincidence or as a result, the United States has also sent its USS Theodore Roosevelt Carrier Strike Group into the South China Sea as part of a freedom of navigation exercise.The next day, China sent another 15 warplanes into the ADIZ, including J-10 and J-16 advanced fighter jets.

This strategy of “posturing and counter-posturing”as coined by Collin Koh, a research fellow at the S. Rajaratnam School of International Studies in Singapore, is a way for Beijing to more or less probe and test both the stability region and Biden administration in terms of finding the  limits it could go to defend itself. Neither side of the Taiwan Strait wants to commit itself to any sort of conflict , and with an abnormal amount of military presence from all parties in the region, tensions are high. One can only hope that with this amount of pressure, one side doesn't accidentally fire off or ignite could be a brutal and unnecessary conflict. Indeed these freedom of navigation exercises carried out by the US are more or less defensive methods to progress their  Indo-Pacific Strategy and “build partnerships that foster maritime security”, US Pacific Fleet states earlier. This also marks the first operation of the Biden administration , and highlights a commitment to keeping a free indo-pacific and re-affirms defense commitments with allies.

“We will continue to assist Taiwan in maintaining a sufficient self-defense capability.” affirmed State Dept. Spokesperson Ned Price, when asked about Taiwan’s reliance on US Security. As a result , China needed less than 24 hours to respond and demonstrate that it too has its own agenda. 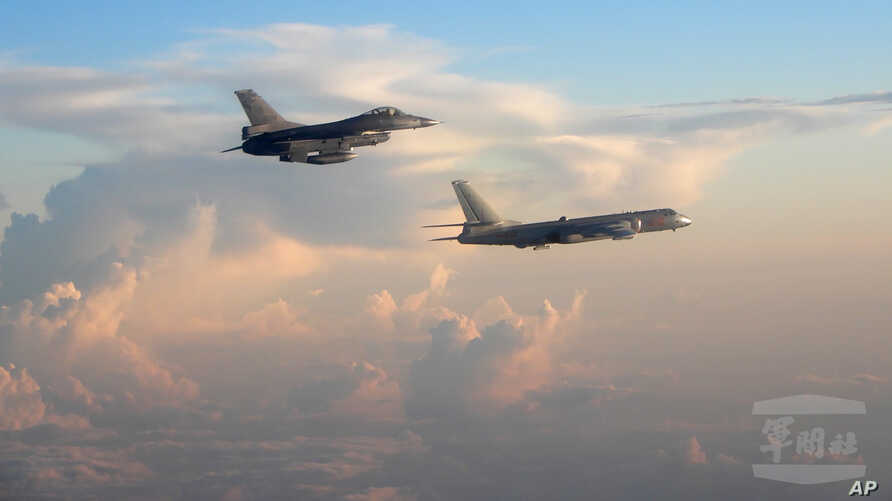 The very next day on Tuesday (26th) China sent its very own warships and amphibious pieces to start exercises focusing on actual combat training and beach landing missions. Foreign officials from China are patiently waiting to see how Biden will set his Asia policy and have urged the US to quit interference with its internal affairs. But the US cannot ideally sit and watch another state make such claims uncontested as it would not only jeopardize peace and stability in the region but elsewise lead to a loss of their sphere of influence in the region.

As China continues its military pressure by sending their aircrafts over the Taiwan Strait meridian line, Beijing narrows its diplomatic window of opportunities for a constructive dialogue with the Biden administration. Washington has no choice but to respond to the Chinese assertive actions by sending the US Aircraft Carrier from the South China Sea through the Taiwan Strait to the East China Sea, where Japan has a dispute with China over the Senkaku Island. Similar to the Chinese debacle in border-skirmishes with India, Beijing pushes Taiwan into greater alliance not only with India and the US but also with other two demoratic QUAD countries of Australia and Japan.

TCSS Take:
Patrick Mendis - It appears that China's "peaceful rise" is now a distant memory. With the short-term memory lost, China shows the agonizing signs of its own dynastic-cycles shortening the legitimacy by the fear of neighbors.

In a time of global economic turbulence and the upending of traditional modes of governance, do the so-called Davosian global elites have something that could actually reset the agenda for the world moving forward? 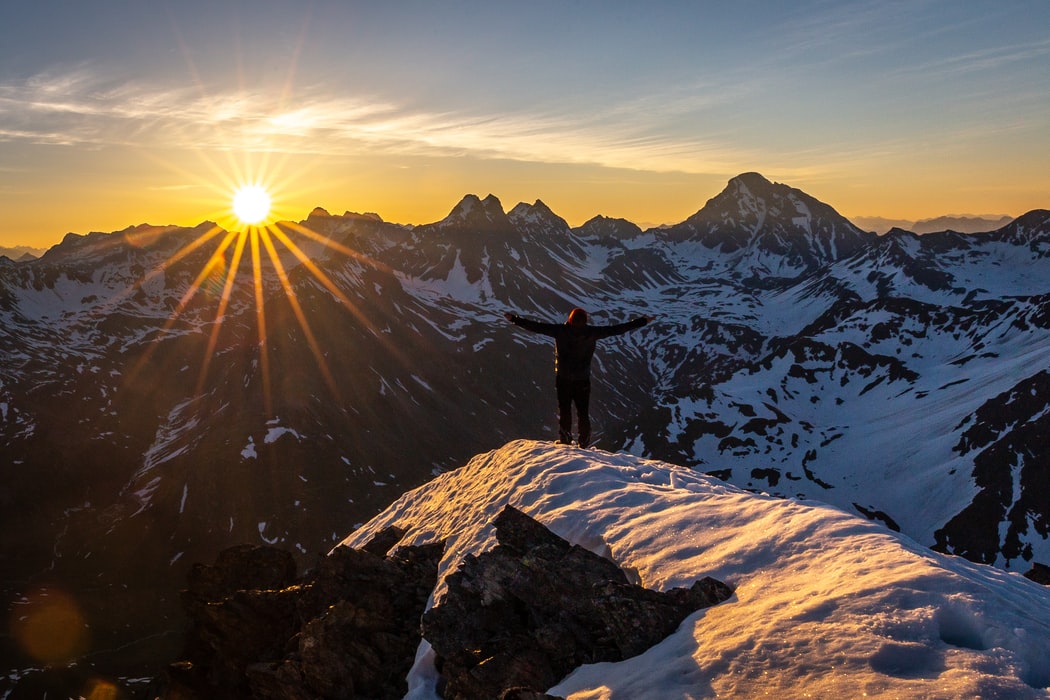 The Davos Agenda at this year’s World Economic Forum (WEF) was held virtually on the 25th of January, with a second phase of the forum being held in-person later this May in Singapore. The theme of this year’s summit is “The Great Reset”, signaling that the coronavirus pandemic offers perhaps an opportunity to “reset and reshape” the world in a way that is more aligned with the UN 2030 Sustainable Development Goals (SDGs). Moreover, politicians, business leaders, and stakeholders from various industries all attended this multi-stakeholder forum online, seeking to address and partake in setting the global agenda.

With leaders from across the board addressing the world at this multi-stakeholder forum, some of their positions can be quite straightforward whereas others posit ideas that raise eyebrows. Overall however, it seems that this year’s topic and theme of “The Great Reset” has been adopted and taken to heart by the countries attending. At least for the heads of states and representatives attending, the speeches tailored for the occasion were gilded with nomenclature and jargon that fell largely in line with the idea of stakeholder capitalism, sustainability and ESG development.

For instance, nations in the EU gave hopeful words of cooperation between the new U.S. administration and the rest of the world. Merkel, the outgoing Chancellor of Germany, who has often disagreed with President Biden in the past—as recently as last week warned Biden to “expect arguments''—expressed her satisfaction with the U.S. rejoining multilateral institutions such as the WHO. Von der Leyen, President of the European Commission voiced their willingness to join initiatives with the United States in the realm of digital economy and creating a “rulebook that is valid worldwide”. The European Union increasingly sees (and has increasingly proven) that they are becoming the standard-setter in the world, not only in the digital sphere, but also in environmental sustainability for example.

Four years ago, the head of the People’s Republic of China attended Davos for the first time since the forum began in 1971, attracting worldwide media attention. This year, in 2021, Xi Jingping gave an address that showed Chinese willingness to take on more responsibility to the global community and world order. Outlining what China sees as the four major tasks for the days ahead: 1. Macroeconomic policy coordination, 2. Peaceful coexistence amongst nations, 3. Closing the divide between developed and developing nations. 4. Coming together to cooperate against global challenges. With regards to China, the nation has been topping the charts in foreign direct investments (FDI), economic growth, and achieving a whopping surplus in its international trade as well as in its vaccine diplomacy. Xi’s speech also fully embodied the internationalist stakeholder with multilateralist diction (refer to previous paragraph), even proclaiming that “the strong should not bully the weak. Decisions should not be made by simply showing off strong muscles or waving a big fist,”. Despite this, a record number of sorties from the PLAAF continued to harass Taiwan over the past week. Overall, China’s attendance of the Davos Forum these past years, coinciding with the U.S.’ diminished global status under the past administration, has put the changing dynamics of global leadership under the spotlight

Thus, whether or not the “Davos Man”—a term coined by Samual P. Huntington back in 2004—is able to provide a clear path forward for the world to “reset” remains to be seen. The May event in Singapore has been dubbed by some as “reckless”, with the pandemic still raging with seemingly no end yet in sight. Until then, perhaps the least these global leaders can do is mobilize climate action for COP26 later this year.

Gen. Juichou Richard Hu (ret.)—“As the world enters a time when countries across the globe consistently take the blunt of the impact caused by the COVID-19 pandemic, China has somehow through its own means changed the rules of the game and repositioned itself on the world stage.