Over the past week, Taiwan media outlets and the public sphere has been overwhelmed by a flurry of pineapple-related news. 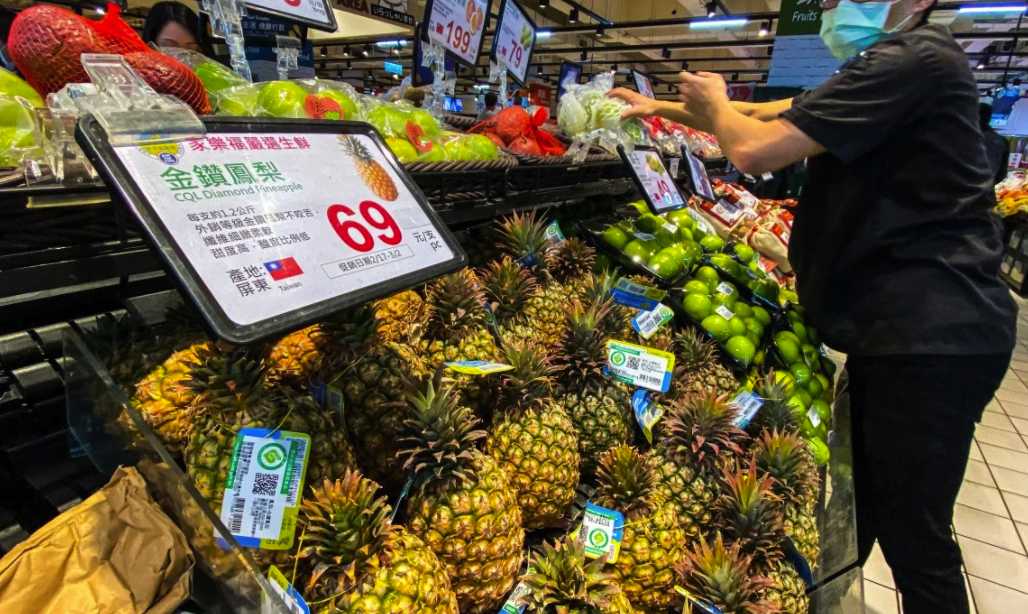 Since March 1st, China has banned the importation of Taiwanese pineapples citing the “detection of harmful organisms”, stated Ma Xiaoguang, spokesperson for the Taiwan Affairs Office in China’s State Council. As the week progressed, the Taiwan’s government threw its full weight behind supporting the pineapple farmers and the local fruit exports. Promising to help the farmers export to other countries. However, what is in some ways questionable is the massively overblown scale of the “pineapple incident” as the media headlines at home and abroad, and in turn the public, becomes fixated on the ban.

To put things in perspective, according to Taiwan’s Council of Agriculture (COA), the vast majority of pineapple production (over 89%) is locally consumed by the domestic market, as is the case with most of Taiwanese homegrown produce. Of the remaining export market for pineapples, 90% of the exports had in fact in the past gone to Mainland China, which still only accounts for 0.1% of total pineapple production in Taiwan. It is no secret that Taiwan’s fruit and agricultural export market has long been dominated by Mainland China, ever since its economic rise when they overtook Japan as Taiwan’s main buyer.

As many of the world’s supply chains seek to reorient themselves in this shifting new era of U.S.-China trade competition, Taiwan’s government should be wary of sending mixed signals to its constituents, particularly when it comes to cross-strait relations. On a macro level, Taiwan’s balancing and finessing of its relationship with both the U.S. and China places it at an obstacle-laden crossroad.

Implementation of its national strategy and priorities, coupled with the industrial grit, has always been the locus of Taiwan’s competitive advantage in the region. The 2016 New Southbound Policy proposed by President Tsai has yet to witness its full potential in diversifying Taiwan’s export markets and shifting reliance away from China over these past 5 years.

From the start of this kerfuffle, the pineapple issue has never been strictly viewed through the lens of a contractual dispute in agricultural exports. Rather, the debate was retrofitted for the wider tug of war going on in the Taiwan Strait. As cross-strait tensions become increasingly volatile, Taiwan’s economic security is now expected to be on the line more than ever before. Thus, what should be on the docket for the next steps towards de-escalation should not be dogmatic outcries over a mere pineapple ban. Rather, a calmer and more pragmatic response in engaging China would be welcome to avoid further and more frequent confrontation from either side of the strait.

When it comes to the regional organization’s policy, the notion of a peaceful resolution cannot be manifested at this place in time. Thus, no assertive action will be imposed by ASEAN to end the crisis in Myanmar.

Last Tuesday, all ten ASEAN foreign ministers, including Myanmar's military-appointed Foreign Minister Wunna Maung Lwin, convened an informal online meeting in response to the escalating crisis in Myanmar, to figure out the best resolution to Myanmar's crisis. The meeting was touted as ASEAN's first official action institutionally after a series of events in Myanmar's military coup that lasted more than a month. This move has been long-awaited since the military coup caused a step backward on Myanmar's democratic transition. Moreover, Myanmar's crisis seized global attention once more from the international community after the Tatmadaw launched their most violent and deadly crackdown on peaceful demonstrators last Saturday.

ASEAN should be very concerned about this issue because political unrest in Myanmar potentially threatens regional security and stability. However, in this case, ASEAN seems to be holding on to problem-solving norms that are based on the principle of non-intervention and respecting the sovereignty of each member state. Many parties, especially dialogue partners from other regional organizations, consider this norm too conservative and rigid to be pragmatic. Suppose the other actors in the international community condemns the anti-democracy and anti-humanitarian actors, even impose penalties in the form of economic sanctions. ASEAN usually uses different and gentler approaches, such as consensus-building, consultation, and diplomacy.

The results of the virtual meeting of top ASEAN diplomats reflect how ASEAN does not have the power to be more assertive. At any time, ASEAN does not seem to be giving room to demands for humanitarian intervention, whereas for responsible actors calling for such action: "sovereignty is a responsibility." ASEAN does not have the heart to offend its regional partners. Moreover, it is known that each country in ASEAN has different voices in translating Myanmar's internal situation. In conclusion, there are three aspects that ASEAN can work on in handling this case; (1) provide a forum for dialogue, (2) intervene if requested by Myanmar, and (3) appeal to ASEAN's external partners to “not impose broad-based economic sanctions that will harm the ordinary people of Myanmar.”

That is how ASEAN typically resolves its internal problems. We observe that each representative of ASEAN countries in general strongly condemns this issue. However, ASEAN’s insistence of non-interference in a member's internal affairs "is not a blanket approval or tacit consent for wrong to be done there," as indicated by Philippine foreign minister Teodoro Locsin in a media statement. Nonetheless, the regional organization’s policies and actions still shows that norms and principles are fixed and inflexible. For now, this is the ASEAN way.

Russia and NATO will hold massive military exercises almost simultaneously and close to each other. 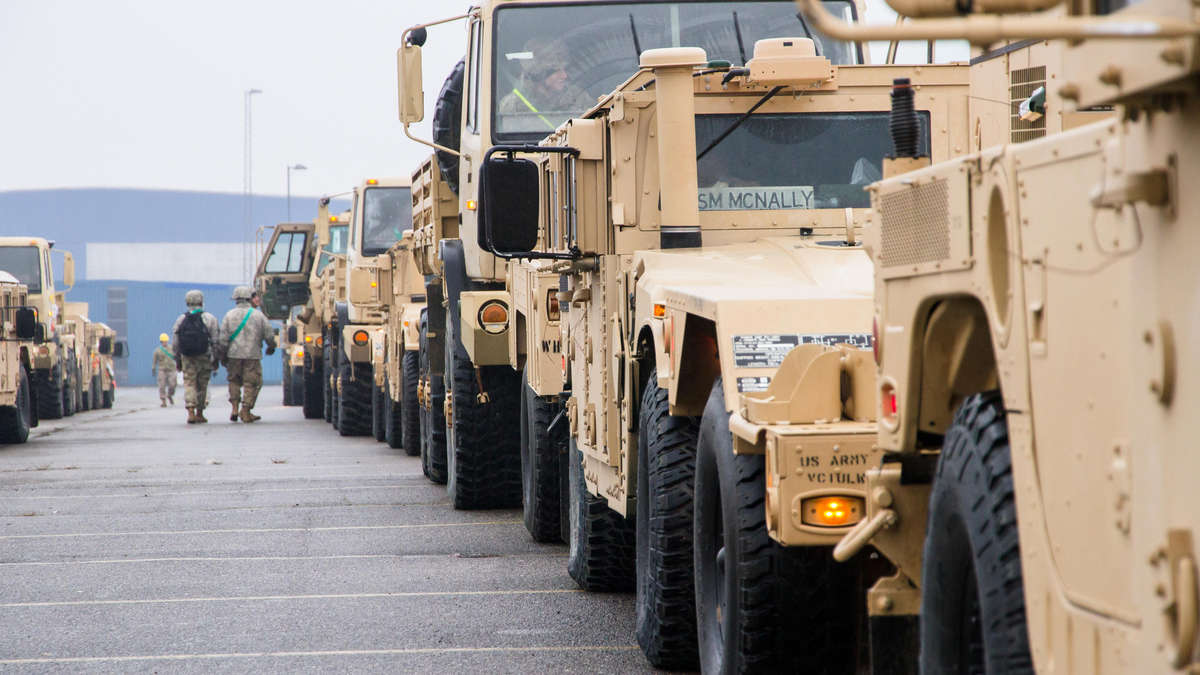 DEFENDER exercise is a series of large scale military exercises in Europe since the end of the Cold War designed to highlight the swift response of the US Army to deploy a large force to Europe and move them across the continent in a crisis. Specifically it serves as reassurance to allies and a deterrent to Russia. This year the exercises will be held in May-June with the main focus on the Black Sea, Balkan countries and Baltic States. Almost 31000 soldiers from 26 NATO states will participate in this military maneuver. The US and NATO will once again work out the defense of the eastern European borders from Russia.

According to the United States Army, Gen. Christopher Cavoli, commanding general of U.S. Army Europe and Africa Command, particular attention will be paid to Romania, which is developing a Multinational Division for deployment, and Bulgaria, now receiving American advanced air and missile defense systems. Part of the exercises should also take place in Montenegro, Kosovo and Albania. A considerable part of the maneuvers will unfold in Hungary, which will serve as the rear line of the exercise.

Aside from Balkan states another main focus will be on Poland and Baltic states with an aim to simulate an offensive attack against Russian Kaliningrad and the Baltic Fleet base.

The main implication for the Defender Europe 21 is to show European allies that the US. is still playing a central role in NATO and that the alliance is still functioning. All the meanwhile, some European nations—Germany and France in particular—have noted that amidst the closer transatlantic ties being seen under this current US administration Europe should avoid the further building of blocs.

At the same time Russia and Belorussia started their preparation for ZAPAD 2021 strategic military exercises that will be held in early September this year. ZAPAD 2021 a set of joint exercises that will involve the Western Military District of Russia that is located near Saint-Petersburg, Russian Baltic Sea fleet, and units from Belarus’s military. ZAPAD (the Russian word for “west”) exercises will reportedly focus on countermeasures against enemy cruise missiles, as well as more unconventional battlefield tools including anti-drone measures and electronic warfare.

The full extent of the ZAPAZ 2021 exercises is yet to be determined. However, it is expected that the exercise will be concentrated in Kaliningrad, the Baltic Sea, Moscow, Bryansk, Smolensk, and Kursk districts on Russia’s western flank and in Russia’s central European territory. Kaliningrad has a strategic meaning for Russia as it is argued that in case of a real war NATO will start a full-range military attack right here.

Since ZAPAD 2021 agenda is still uncertain, it is difficult to imagine what to expect. Nevertheless, one can assume that ZAPAD exercises are surely used to send a strategic signal to NATO states. Specifically these military maneuvers are seen as Russian response to Defender Europe 2020 and 2021.

What are the concerns?

DEFENDER Europe 2021 and ZAPAD 2021 are called “simple military exercises”. However as we have already seen, they are directed against specific enemies. Taking into consideration that Moscow, Brussels and Washington almost completely stopped all contacts between each other’s military and the fact that training battles will take place on an unprecedented size of territory from the Black Sea to the Baltic Sea with hundreds of thousands of people and a large number of military equipment involved, it would not be far-fetched to assume that a fatal mistake from either side could quickly lead to further conflict. Hopefully, emotions will not prevail over the reliability and professionalism of military commanders from both sides.